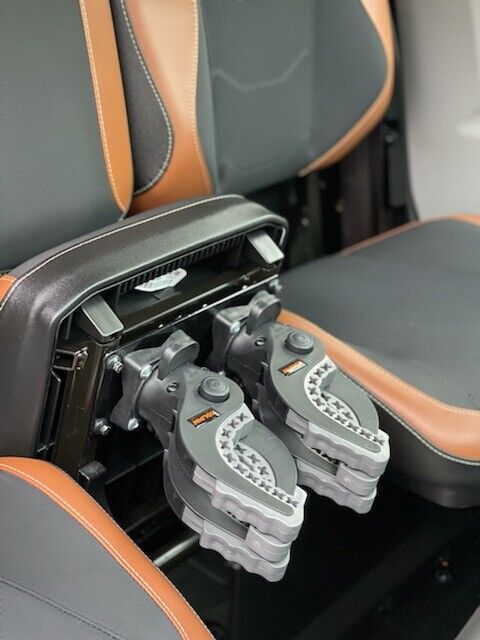 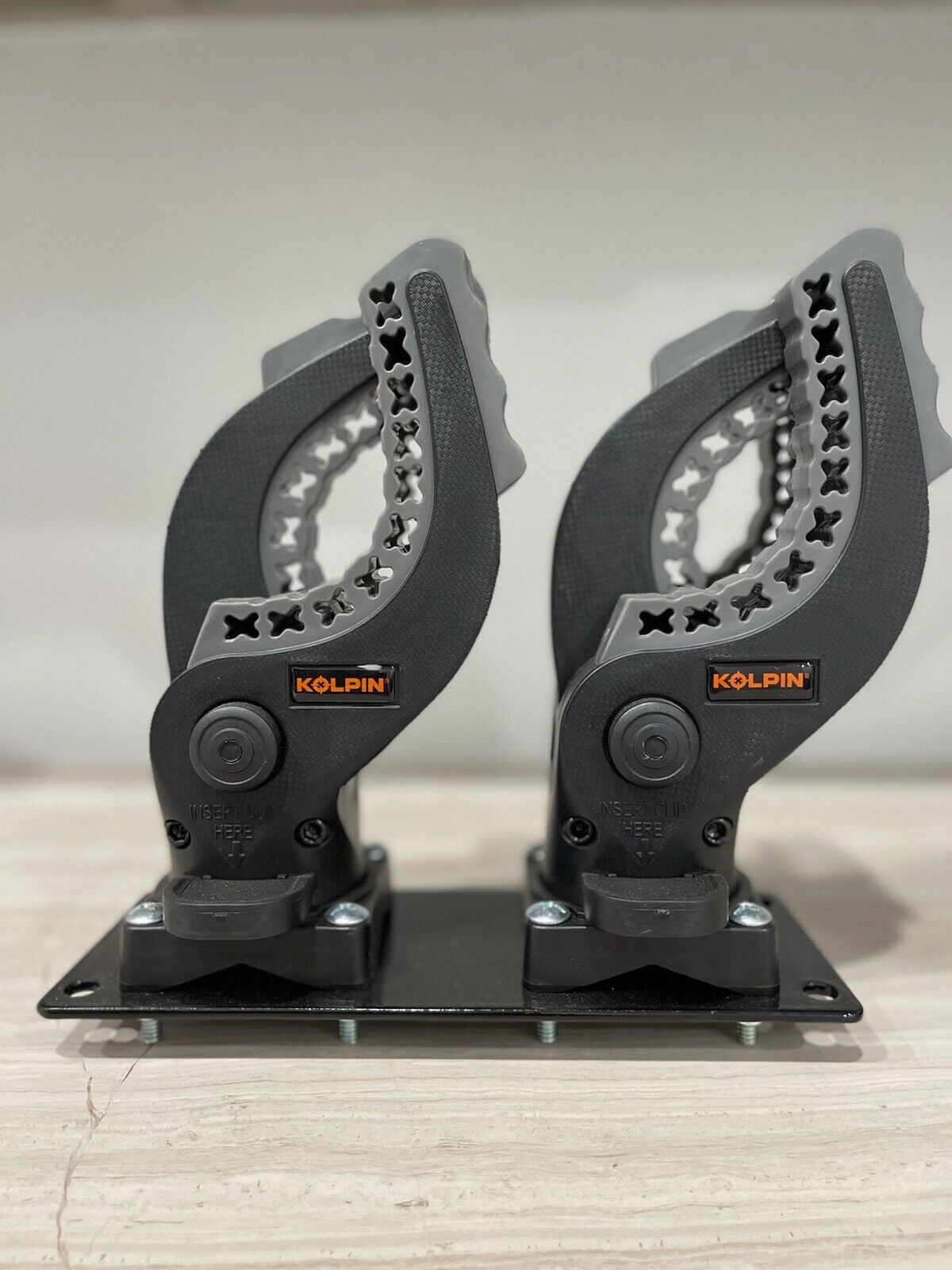 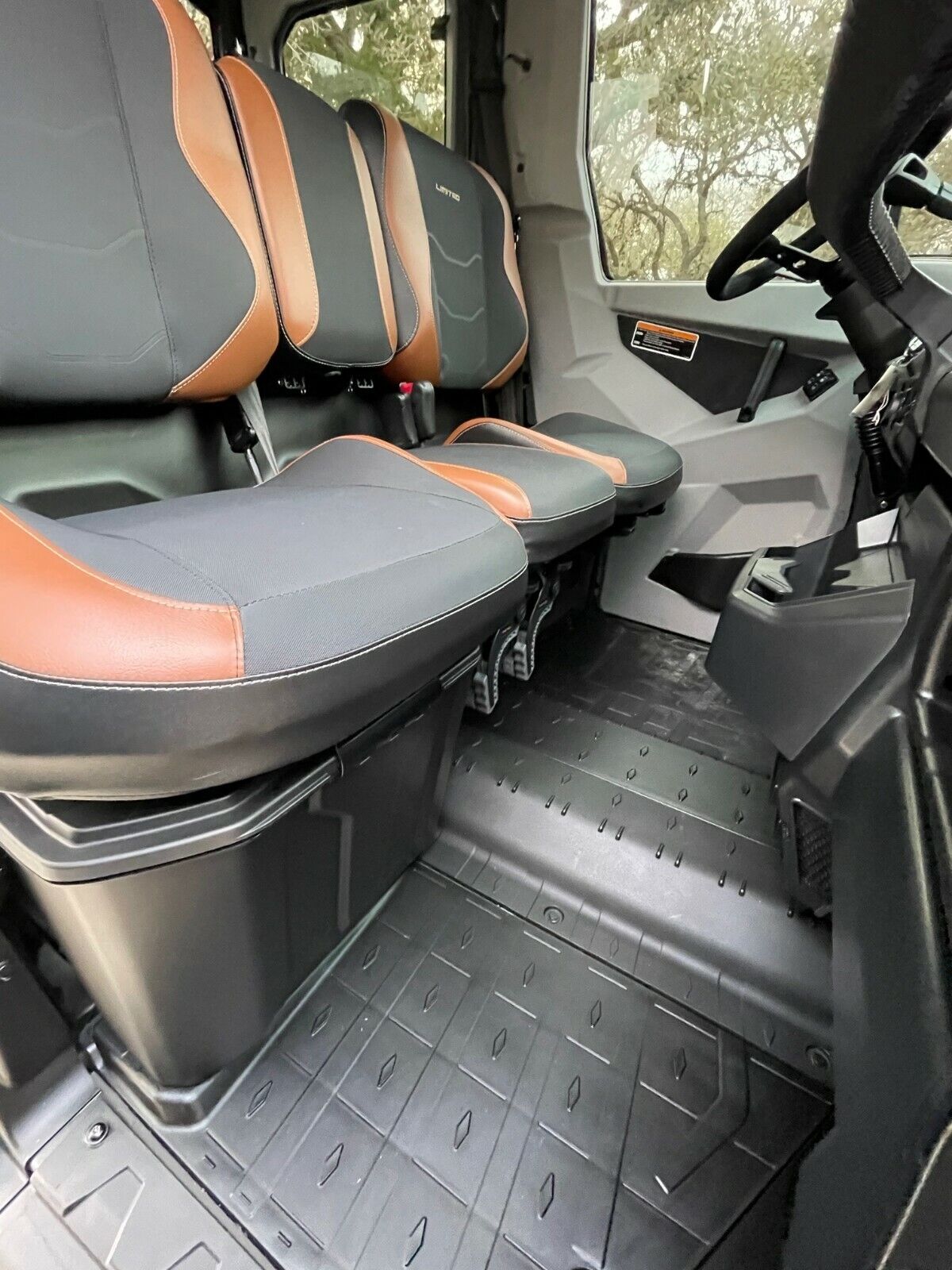 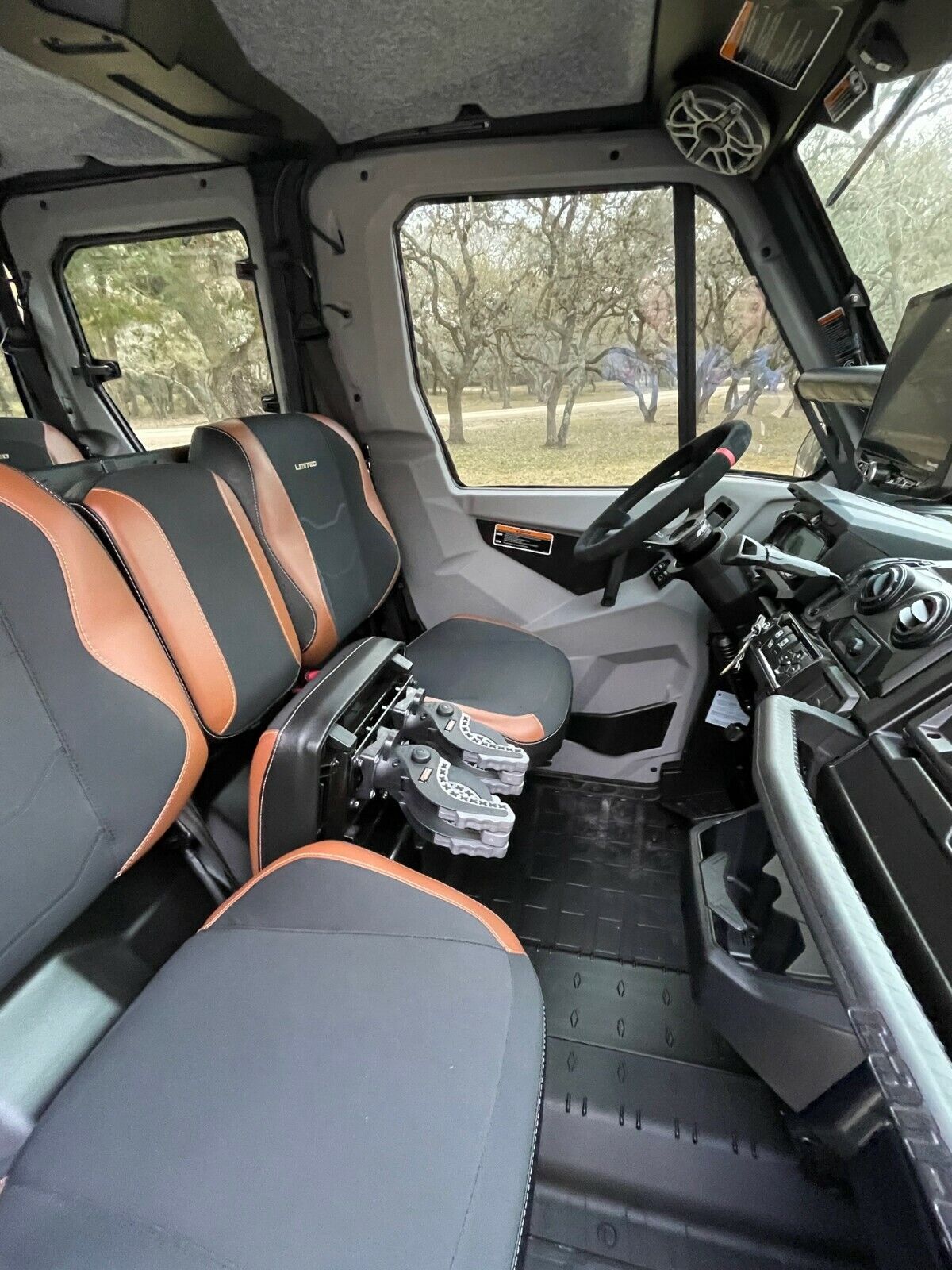 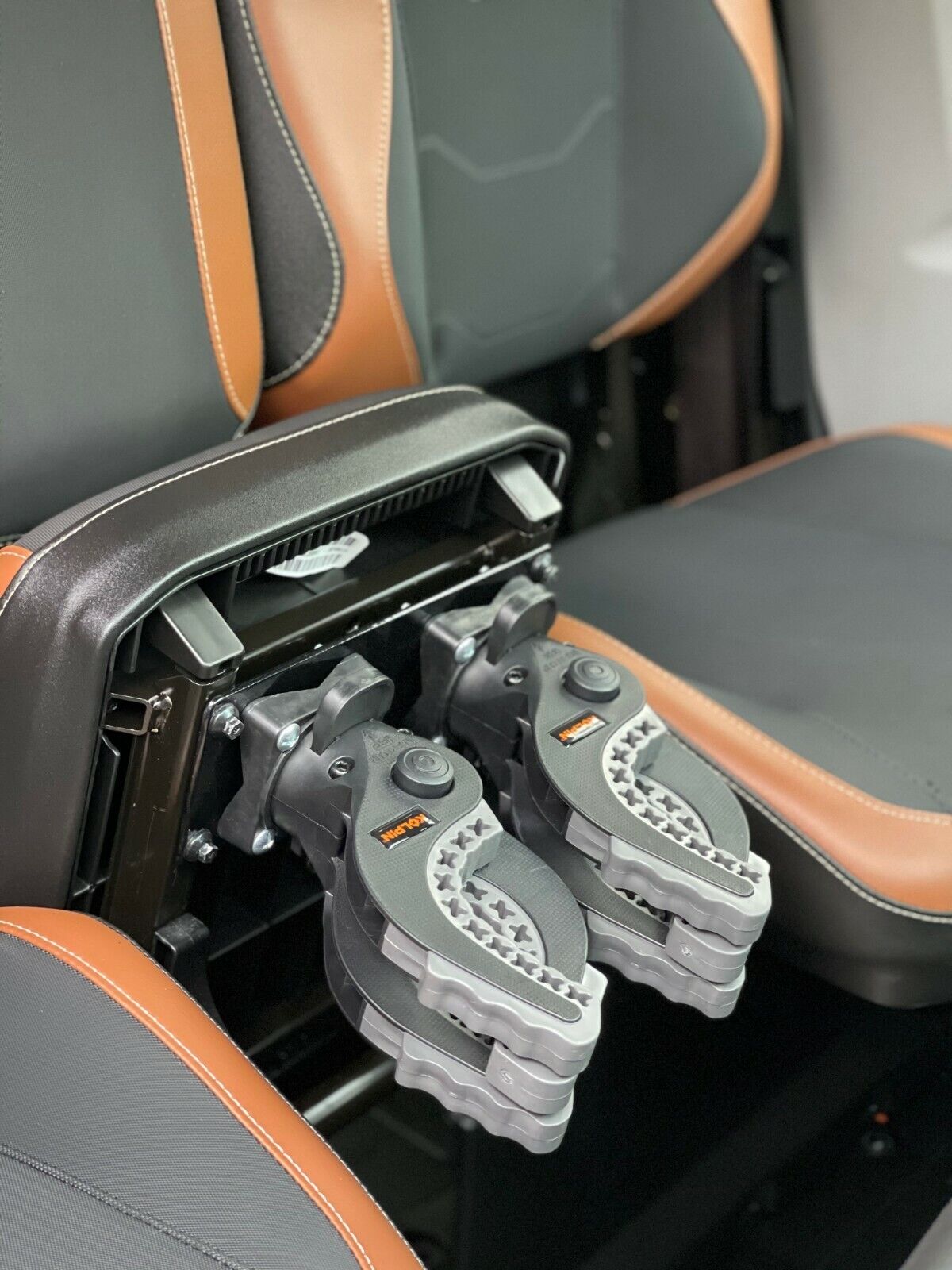 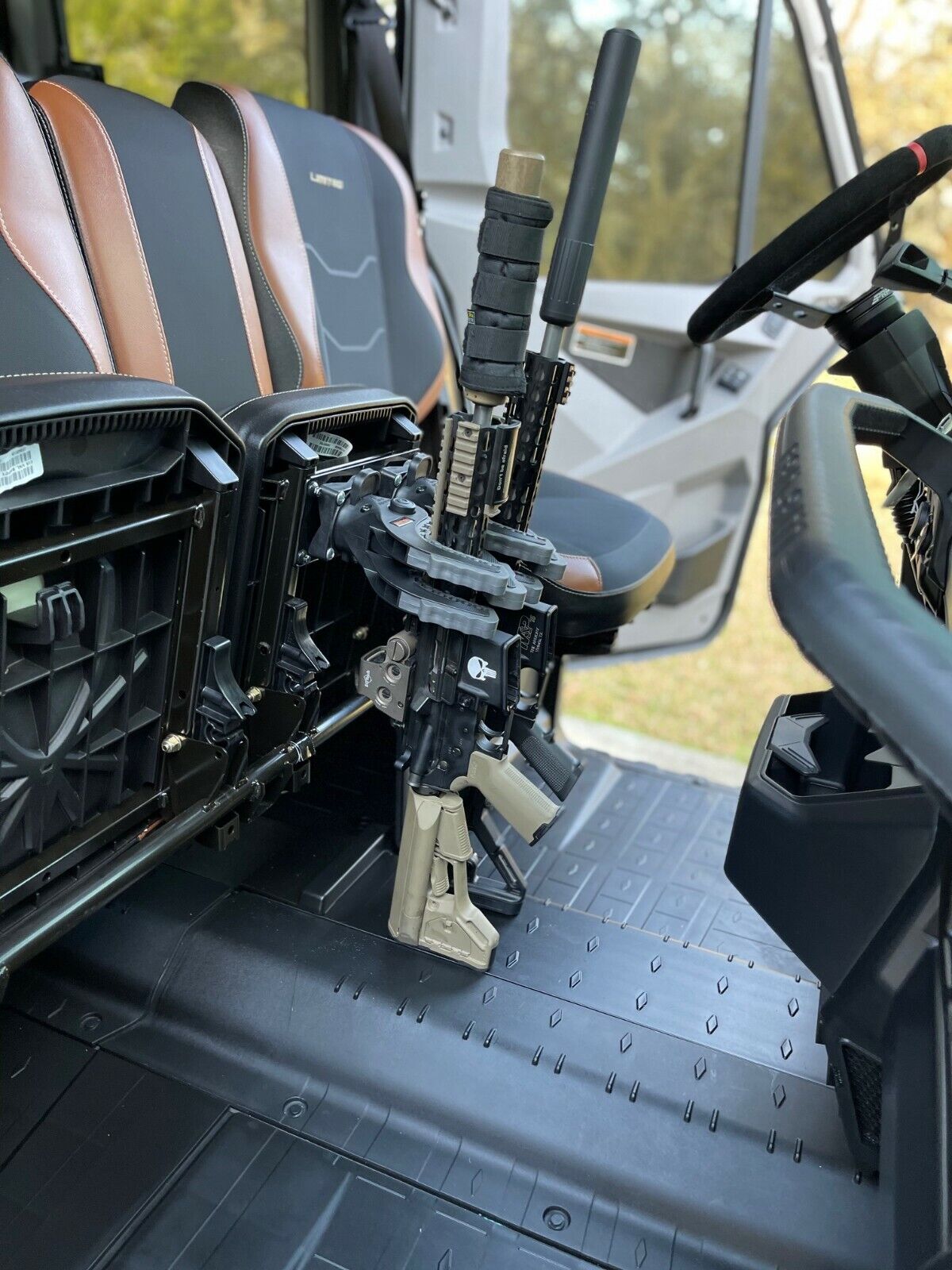 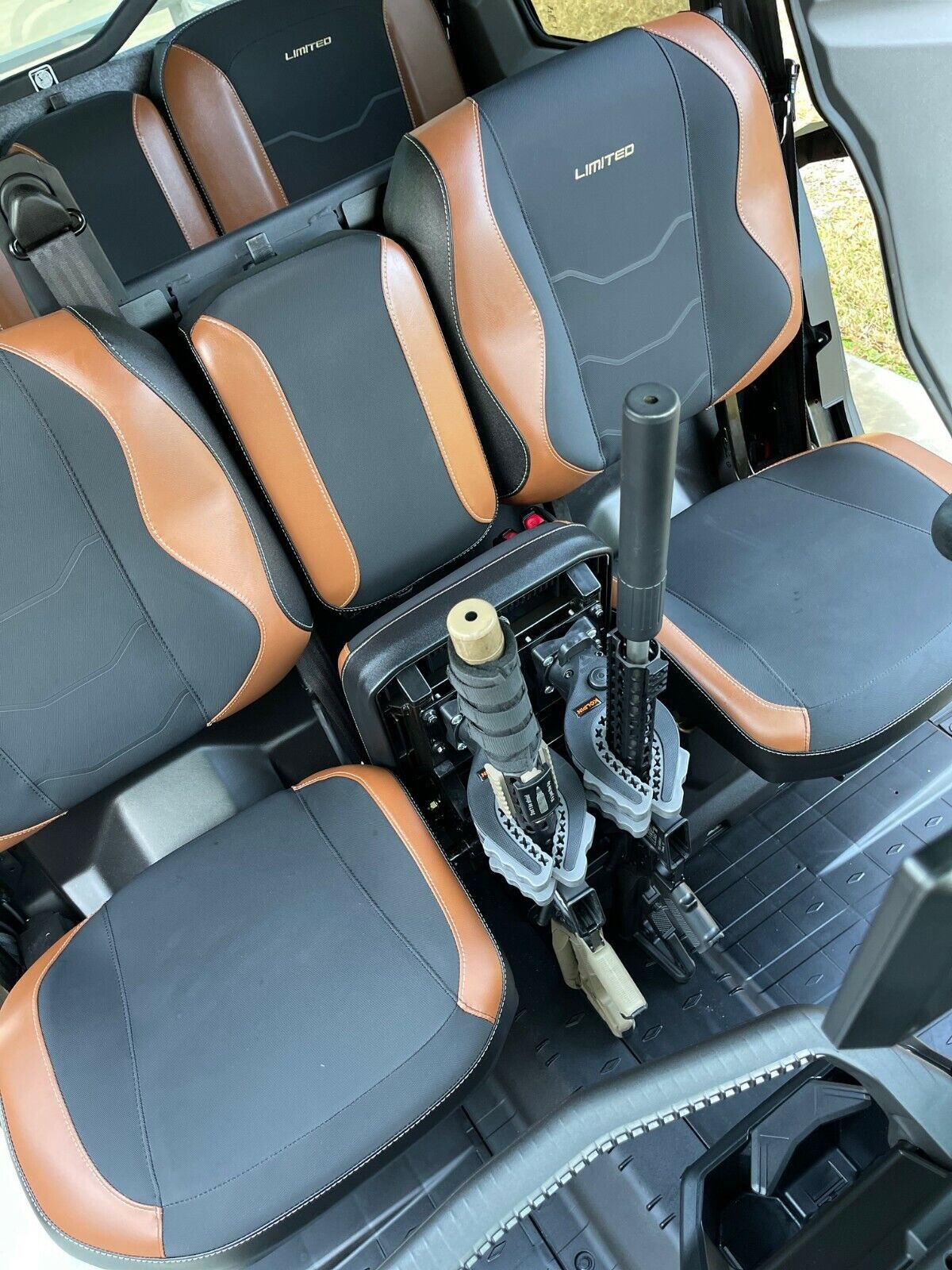 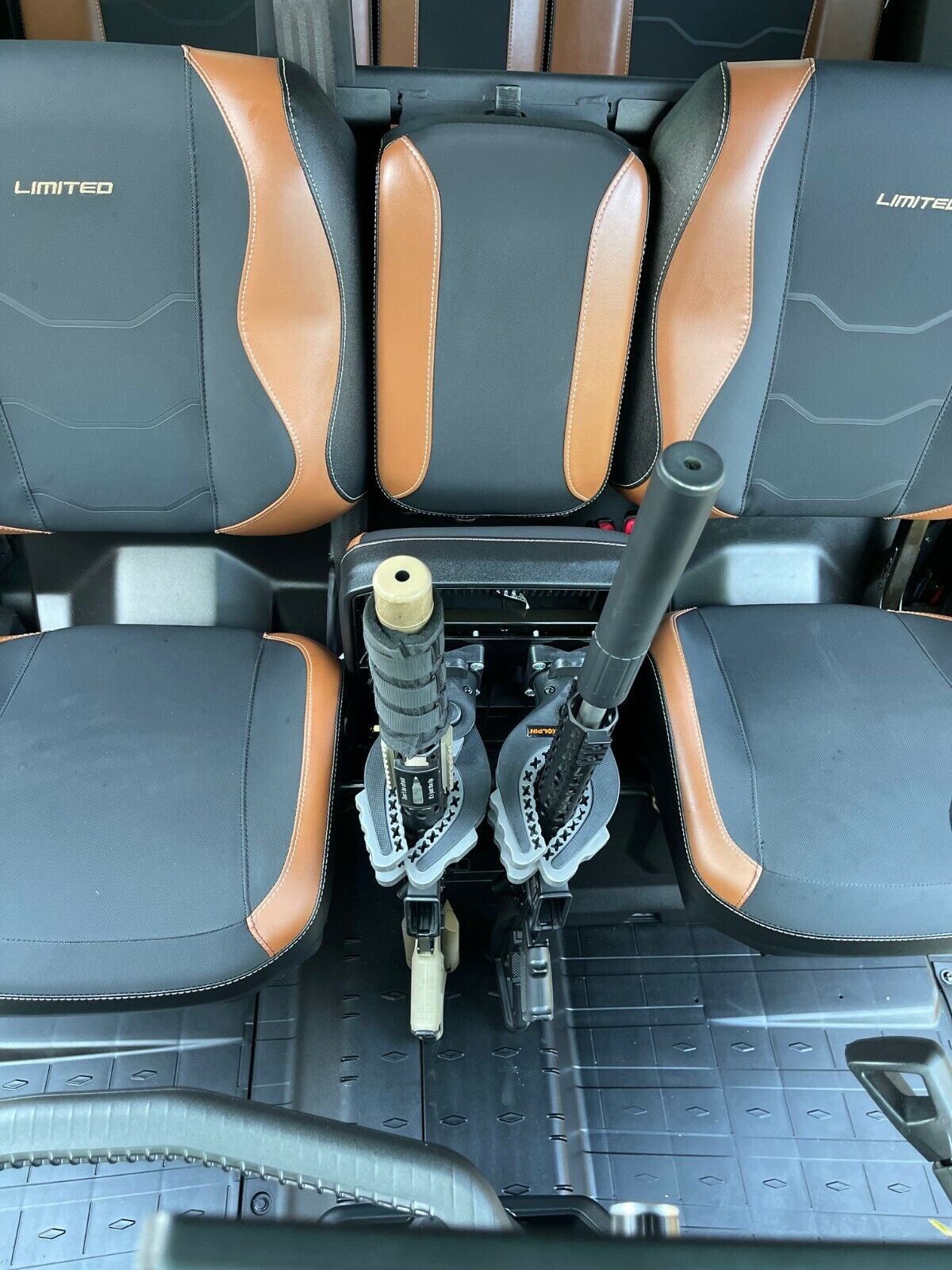 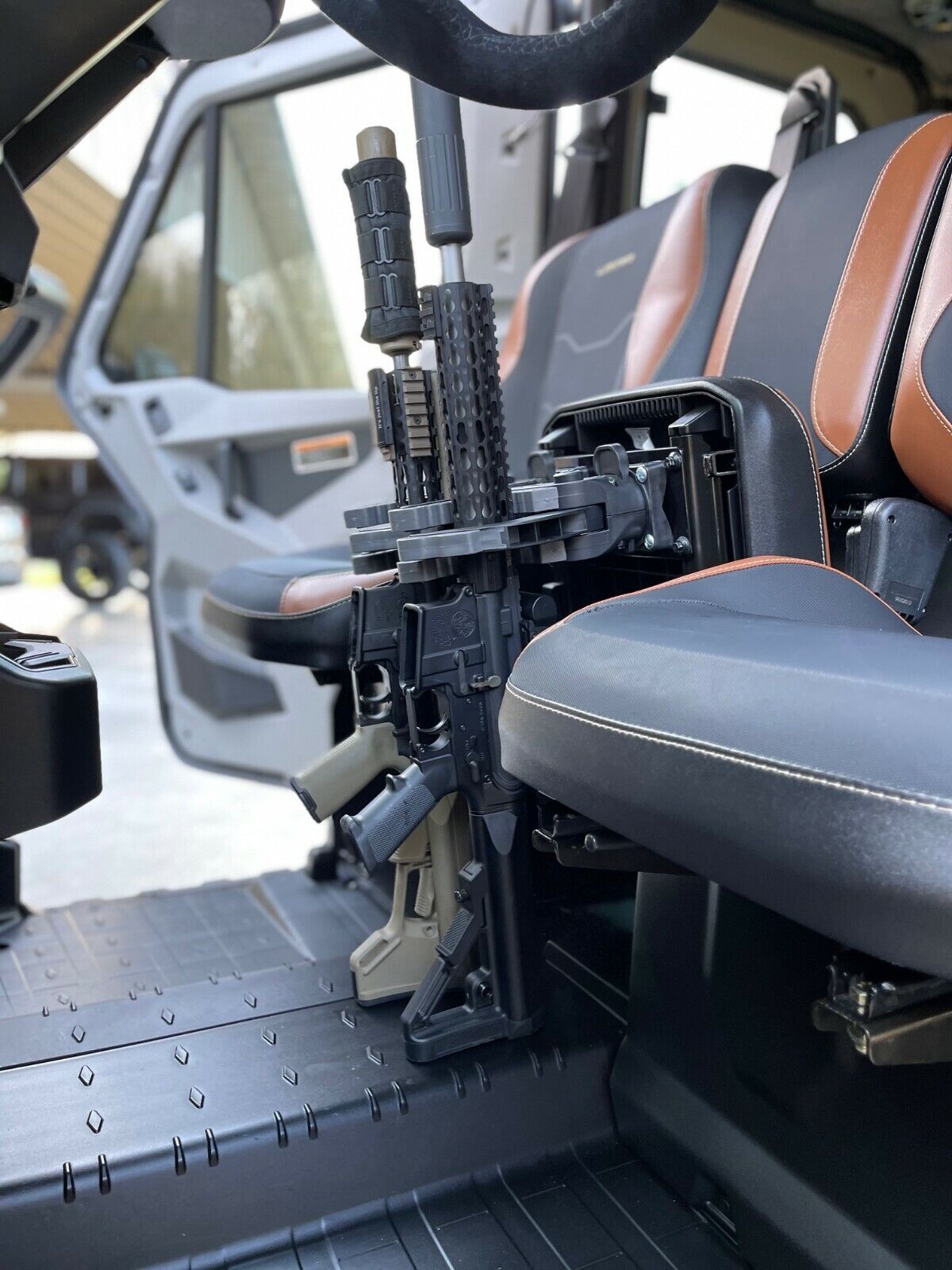 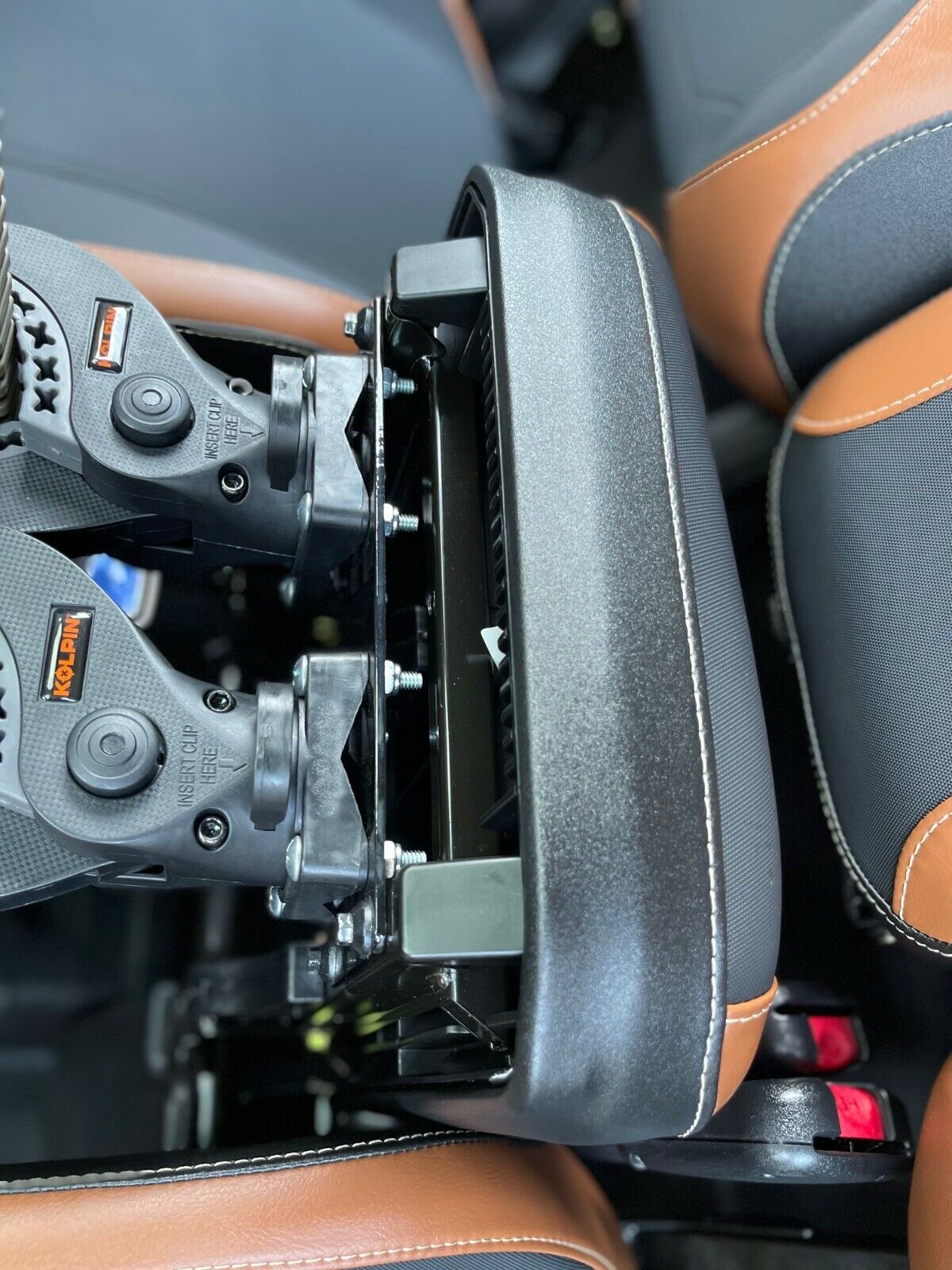 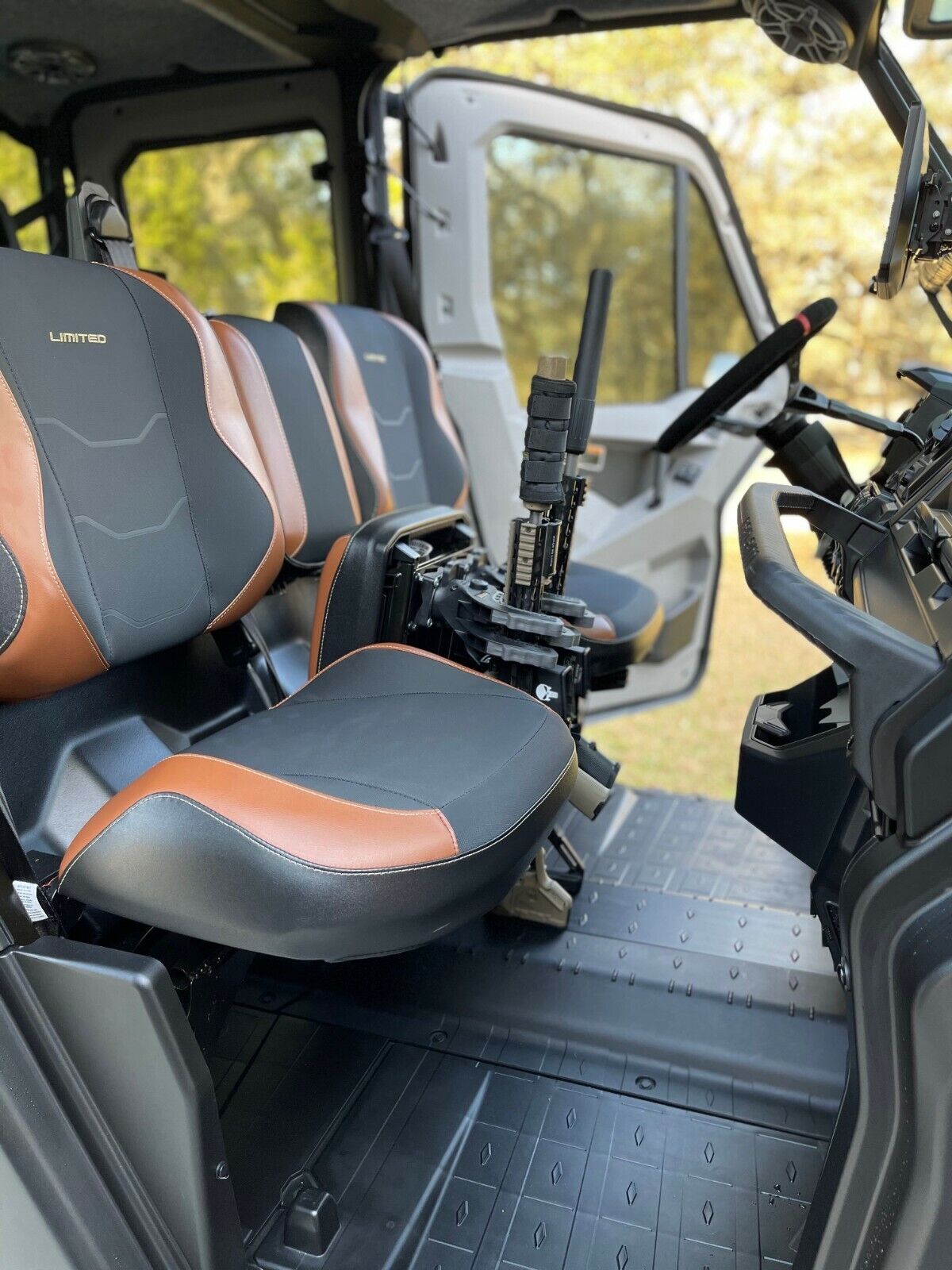 MELVILLE, NY, April 12, 2022 – Canon U.S.A., Inc., a leader in digital imaging solutions, announced today the launch of a new series of lenses for the Read more…

We just got word that the new Cinema EOS zoom lenses will be a 20-50mm and a 45-135mm, with an aperture wider than the current zoom maximum apertures (f/2.8).

Mounts will be EF and PL, as expected. The image circles will be a bit wider than full frame so as to accommodate various video sensors that are slightly larger, such as the VistaVision format employed by some RED and Panavision cameras.

Nikon this morning released its Z 800mm f/6.3 PF VR S, a big milestone for the Z mount, which until some weeks ago lacked most serious supertelephoto glass. Rumored only recently to be launching, the lens turns out to be light (5.25 pounds) and cheap ($6,500). It employs Nikon’s PF fresnel technology to significantly shorten the lens.

While review copies seeded around the YouTuber community were tethered to agreements preventing people from commenting on image quality with the pre-production models, the MTF chart found on Nikon’s site is pretty breathtaking, as seen at left. Read more…

One reason is that you simply can’t use a Tele extender if the rear elements are sitting too far back in the lens.  Because of this, at times, it’s difficult to determine if a patent application is for RF or EF lenses because there’s so much room in the rear of the lens from the last element to the sensor plane, that it could be either mount type.

We have received a detailed clarification (thank you) on the upcoming two cinema lenses that we leaked back in early March.

According to the source, these new lenses are not based on the RF mount.  The lenses have been designed for the EF and PL mounts.  This actually makes sense for Canon’s CINI lenses as the lenses would then support the largest possible market share of high-end cinema cameras.     It would also be impractical to support PL and the RF mount in one lens as the PL mount is 52mm for the flange to sensor distance, versus 20mm for the RF mount.  Meanwhile, the EF mount which is also a quasi-industry standard has a 44mm flange to sensor distance, making the conversion to PL far more realistic.

These lenses are also designed for full-frame and are 8K capable, and even larger than full-frame image circles. The source mentions that the lenses are capable of supporting Alexa LF.  They are also rumored to be the fastest cinema zooms available on the market when they are released.

Does all this sound expensive? Oh yes, the prices are rumored to be around $35,000 each.

We are expecting more details around the middle of this month, if not the full announcement, and the lenses will most likely be shown at NAB.

Just a month after the Canon R5 came out in 2020, Canon filed a patent application – published only this morning – That attempts to make a smaller 600mm f/4, without resorting to fresnel DO optics and avoiding catadioptric designs that use a central mirror that blocks some light and causes doughnut bokeh.

The new design places two optical tubes atop each other, with a couple figure-four mirror arrangements that bump the light from the top, larger aperture tube eventually down to the lower tube that contains most of the focusing and aberration-correcting lens groups. The movement of the light between the two tubes takes up 575mm of the 600mm focal length, allowing for significant length savings.

This results in a two-tubes-squished-together look seen commonly among spotting scopes.

In the past few months CFexpress Type B cards evolved from the super-expensive-but-fast option for flagship bodies to super-fast, almost-as-cheap-as-SD-UHS-II cards. And they got faster still. Wise, Delkin and Angelbird launched new cards and Mark II versions of older cards. Each launched a flagship line designed for more reliable high-bandwidth video recording and an improved large capacity line that is cheaper. Camnostic updated its  review of CFexpress Type B cards to compare these new offerings and others against a rapidly growing library of legacy cards. Below is a summary. Read more…

Laowa has released the Laowa 20mm f/4 Zero-D Shift lens for both the Canon EF and the Canon RF mount.  This lens has no electronic connections but for a shift lens that is pretty common.

The lens is currently available from Laowa’s website, and it will most likely end up on Adorama and other retailers soon.

When you purchase from Laowa, you are actually purchasing essentially a medium format lens, then choosing your shift mechanism, and then the mount type.  For the RF version, that comes to $1349 – certainly a bargain when it comes to ultra wide shifting lenses.  Keep in mind this lens does not tilt, only shift – but for architecture, that’s usually exactly what you need to do.

Indonesian regulatory authorities saw Canon register what it called a “digital cinema camera,” with the model number ID0157. While this could be the Indonesian introduction of the R5c, Canon typically is consistent across countries with its product ID numbers, and the ID0157 appears to be novel.

This comes a few weeks after rumors of a Cinema EOS C5 surfaced, which would be a cross between the recently-released R5c and something with the form factor of the EOS C70. Canon also had some recent patent applications published that provided more of a box camera design, as pictured above.

At least no chips were used up in Canon’s most recent product release: lacquerware lens hoods. Instead, they’re designed to hold chips. The Canon Japan swag is priced around the same price as Canon’s actual lens hoods, which says something about the markup on molded plastic.

Only a few dozen pieces were created and some were still available yesterday, according to new.mynavi.jp, from the Canon Japan site. Searching the Japanese online store this morning, however, seems to indicate they are all sold out.

They weren’t designed to actually latch onto their respective lenses, but rather to set flat on a table. The hoods, when available, were priced between about $40 and $145 USD.

As discovered by CanonNews while this is hardly new technology that will shock the industry, it’s intriguing that Canon spent what seems to be a considerable amount of time drafting a patent application on a drone (or as they also say, any moving vehicle) consumer camera gimbal. Outer Space Alien Garden Statue Figurine Sculpture Lawn Yard Orn